During my sophomore year in high school, I was in awe when Dad actually agreed to allow me to go out on a date with Wade. I had somehow forgotten I was sixteen years old —  the agreed upon “dating age” — and said, “Really,” when he gave me an affirmative answer. Despite the fact I had Wade bring me home from school without asking Dad one day, he tolerated Wade for a while. When my step-mom asked if Dad would ever actually talk to Wade, Dad commented, “What’s the point? He’ll only be around for a couple of weeks.”

I also remember meeting Wade’s mom, Pam, for the first time. I was so incredibly nervous. My friend, Kim, and I had been discussing in detail how nervous she was to meet her boyfriend’s mom, and it had rubbed off on me. In fact, my good friend, Chasity, did not attend my school. In order to “pass notes” back and forth to each other – this was before texting….yes, I’m realizing I’m THAT old – we kept shared journals. We would each write about things that had gone on during the week, exchange journals, comment, and write back. It was our own antiquated version of Facebook Messenger 😉 It was in that journal to Chasity I had written about meeting Pam for the first time. 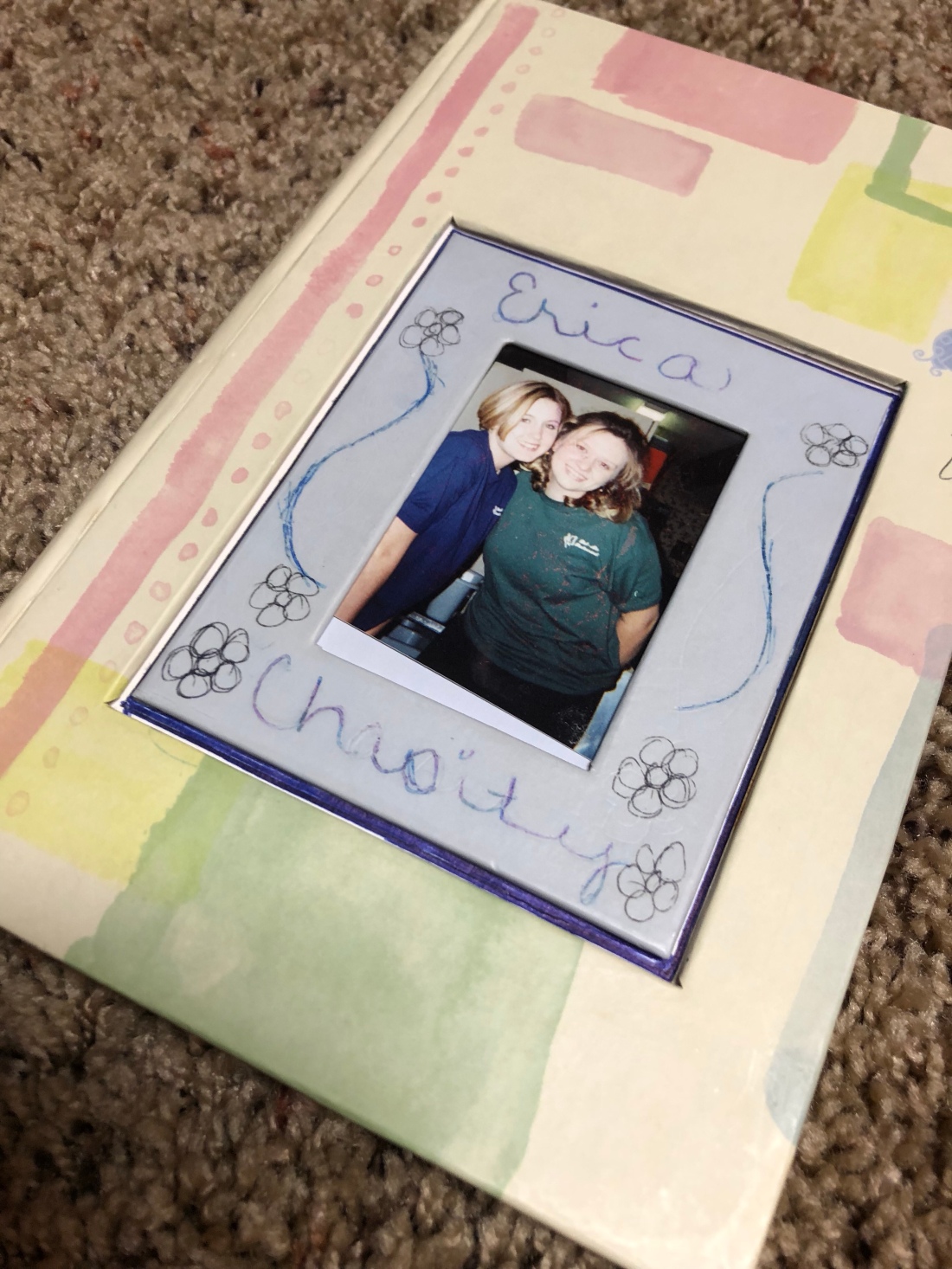 “I’m excited ‘bout meeting his mom. I don’t know what to wear!…..Okay, I just got back from Wade’s. 🙂 Kim & Daniel had me scared to death…but it went fine. His mom is REALLY short….like Lindsay’s height, w/ short red hair. She’s nice though. His dad was, too. He introduced me to his lil brother, & he just said, “Yeah, whatever…..”

Aside from being completely embarrassed about my writing, I look back at what I wrote and remember the day fondly. Kim and Daniel, more Daniel I do believe, had warned me about Pam, not Don. Don, they said, was a saint with the patience of Job. Pam, however, they and Wade had warned (and I later realized were teasing) was a fiery redhead with the matching temperament. I was stressed about what to wear and chose a pair of yellow and orange (more embarrassment) cloth pants that, quite honestly, should have only been worn to bed. I loved them “insert face-palm Emoji”. The pants were paired with an orange shirt that I only wish I could still wear today and a yellow Abercrombie zip up jacket.

I remember writing a note to Kim later about how Pam actually talked to me about cooking….ME! Little did I know, that was probably the perfect takeaway from our first meeting. Pam LOVED to cook — LIVED to cook — and to feed people. She’s the one who taught me, the girl who confused an avocado and a mango, how to make guacamole. I can still picture Kyle sitting on the edge of his bed playing his video game and not caring at all that his brother had brought home a girl. He was only slightly older than my oldest daughter is now. I can also still remember with clarity my first exposure to Pam’s snooping ❤ It, too, was documented in the journal:

“Then, we went out to his car before he left for work. We kissed, and when we got done he smiled really big. I was like, “What?” He started waving & said, “Mom.” I looked behind me & his mom was in the kitchen window staring at us!!!”

Excuse me while I die a little inside at the writing, word choice (like?????), and all that.

That moment was replayed numerous times in the first years of our marriage when we rented the trailer right in front of Pam and Don’s home. You could see into our kitchen from her kitchen & dining room windows. She’d look in while we were cooking, when we awoke for a 2am drink or snack, or any random moment throughout the day. And, she wasn’t at all shy about her snooping. If you waved at her, she’d wave right back. There were times, sure, that I would get irritated about her snooping. However, most of the time, Wade and I just laughed about it, and if I’m honest, snooped right back. Now, however, I look back and wish I could still see her peering at us through one of those windows on her tiptoes trying to see what was going on. I’m almost certain God made snooping easier for her short frame in Heaven 🙂

Actually, there are a lot of things I wish I could still see from Pam and hear from Pam. As far as in-laws go, I won the lottery. There is no doubt about it. Don is the absolute best father-in-law I could imagine having, and Pam would have done anything for us. It was with this nostalgia that I chose whom to write about for my next blog post.

No, there isn’t a present day couple named Ruth and Boaz whom I personally know in order to write. The great thing about Ruth and Boaz is not only does the Bible detail their relationship, but it also shows a devotion between a mother-in-law and her daughter-in-law. I wanted to explore a Biblical relationship and honor Pam in the process. 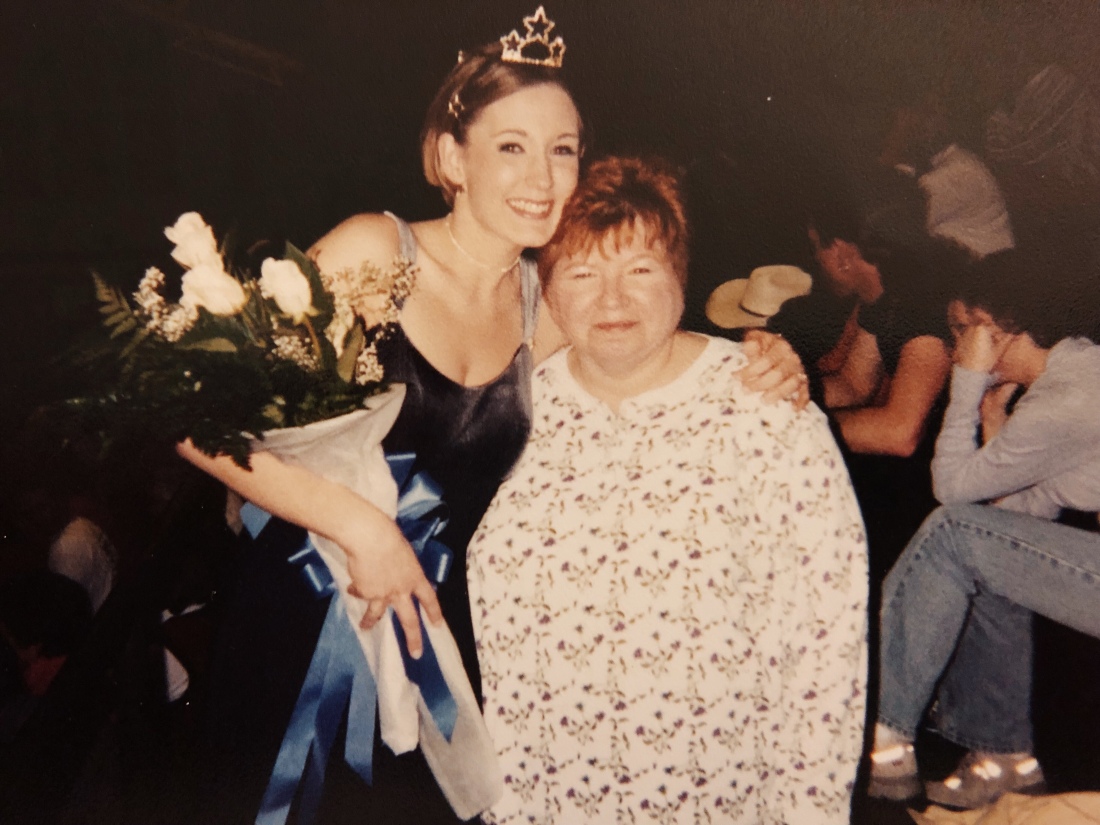 A group of women at our church did a Beth Moore Bible study on Esther, and I was blessed enough to do the study with both my mom and Pam. It was while we were doing this study that Pam revealed her favorite book of the Bible, Ruth. Though I knew the overview of the story and the love story within, I have thoroughly enjoyed delving into the book to write about this Biblical couple. I cannot wait to share more with you! I hope you will join me back here within the next week for a look at Pam’s favorite Bible story.

Wife since 2004. Mother since 2006. Two of the best and most important decisions and moments of my life. By day, I educate 10-12 year-old boys and girls and, in turn, am often educated BY them. The creative in me, however, yearns to be set free. Enter photography. Our pastor has long been discussing with us how we can see to it that no one fails to receive the grace of God, and I've long been searching for what exactly my gifts are that I can use to serve God. Teaching was not exactly fulfilling me or those around me in the way it seemed it should. As a mother who feels one of the most important things I can do for my two daughters is be a happy wife in a happy marriage, I've long been drawn to others who are in happy, faith-centered marriages. I felt led to use my gift of photography and written word to share the marriages I've been drawn to with others so that no one fails to receive this gift. View all posts by Erica Wyatt